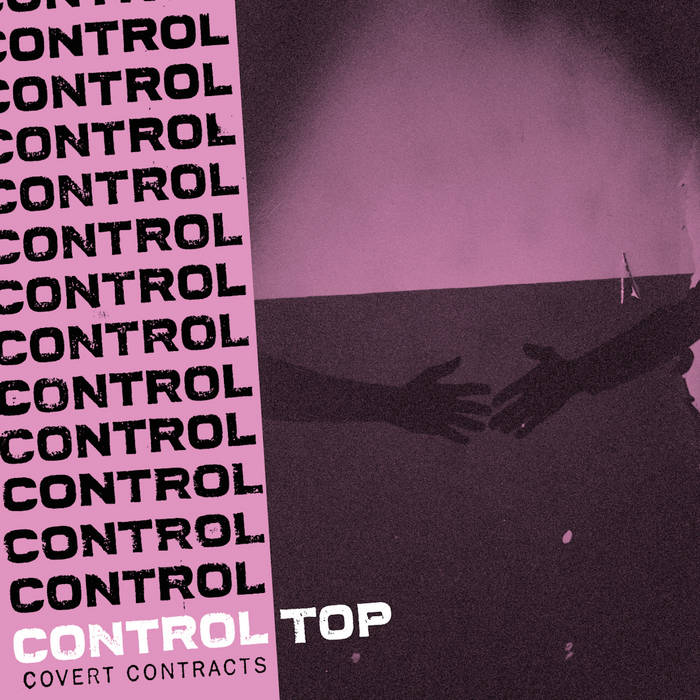 Neil Corbin You'll put this on and abut halfway through track 3 - Chain Reaction - you'll begin to wonder if they might be yr new favorite band. Halfway through track 4 - Unapologetic - this thought will be confirmed. A killer record, one in which the heavy bass and drums pound away together in time, while the guitar zigs, zags, floats around them and sometimes merges with them. I really can't say enough about this record, it blows me away. Favorite track: Unapologetic.

Fiiiinally secured a copy on vinyl. Jesus Christ this album’s sold out so many times. And I’ve waited and procrastinated. Many congrats! It literally just sold out late last night or early this morning, because I was waiting to buy one today so I could support female & queer musicians first. Thanks for ANOTHER preorder. Favorite track: Unapologetic.
more...

Covert contracts rule our world: manipulative relationships, encoded social norms, opaque technologies. “With a covert contract, the trick is that the agreement is only known by the person who makes it,” says Ali Carter, singer and bassist of Philly post-punk trio Control Top. “The other person is oblivious. Consent is impossible. A void of communication opens up a world of misunderstanding.”

On their debut full-length Covert Contracts, out now via Get Better Records, the songwriting is fully a collaboration of Carter and Creedon. Carter’s voice thumps and screams and deadpans while her driving, hooky basslines play out like guitar leads. Creedon, also the band’s engineer and producer, balances composition and chaos, equally inspired by pop and no-wave.

With her lyrics, Carter responds to feeling trapped and overwhelmed in a capitalist patriarchy, offering indictments of wrongdoing and abuse of power, odes to empathy and ego death, as well as declarations of self-determination.

These songs hit even harder when you consider how close this band came to not existing at all. Despite being involved in underground music communities for years, Carter didn’t start Control Top (her first band) until age 25. Disillusioned by punk, Creedon had all but abandoned guitar. But Control Top felt exciting, a chance to experiment: to rethink the relationship between guitar and bass and use samplers to add new dimensions. Meanwhile, Lichtenauer had quit playing drums after an abusive situation in a previous band that had ruined playing music for them, and joining Control Top was an opportunity for rebirth.

At once anthemic and chilling, Covert Contracts puts words to today’s unspoken anxieties. Brimming with post-punk poetry for 2019, it’s the sound of agency being reclaimed.

Bandcamp Daily  your guide to the world of Bandcamp